This is December’s Read.Listen.Watch.Play newsletter. You can sign up to get the monthly newsletter by subscribing here. If you’re curious what kind of stuff is in the newsletter you can read below. It’s basically an update and light review of the things I’m reading watching listening to and playing.

Welcome from the Neon Necropolis!

2018 is over and I didn’t do one best of list. It was a great year and there is certainly a list of things I could recommend in music, hip hop, heavy metal, comics, books and gaming. But the truth is there was so much good stuff out there the difference between what I would rank number one and number twenty are near negligible. So as I start really focusing on getting this newsletter out twice a month I’ll write about what I’m actually reading, writing, listening to and playing and not worry too much about top this or that (maybe).

In the past when I was writing this newsletter on a schedule it was fun to get answers and responses from people on what they were listening to, reading, watching and playing. The world and the internet is an angry place but the Republic of Newsletters is alive and well. So let’s do that here. Stay positive and interact.

Not Part of Your Scene is not only in newsletter form but also in blog form and on Instagram and Youtube.

Over the last few years being a music fan has been very different than it was when I was younger. One had to spend significant amounts of income on CDs (and occasionally vinyl even in the late 90s/early 2000s it was just rarer and a lot more expensive). Today we get a big list of new albums and devour them and recommend them to one another and really don’t listen to them fifty times. Five times seems like a million by today’s standards.

The new nature of music listening is both good and bad. Great new albums are ephemeral now. In an effort to get a taste of the way it was before I’ve decided to have new focus on memorizing passages and songs from my favorite albums. The first song I’ve decided to memorize is from Open Mike Eagle’s release “Brick Body Kids Still Daydream”. I already knew Happy Wasteland Day well considering this is one of my favorite hip hop albums of the last few years but even in my early attempts at memorizing the song I’ve jumped into a sea of nuance. 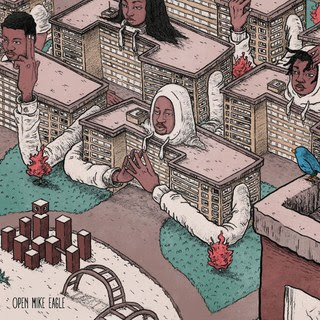 It won’t only be lyrics I’ll try to commit to memory but also passages from literature.

It’s okay that today we are a mile wide and an inch deep, but I think it’s good to experience the former world of and inch wide but a mile deep too.

Most of my year is filled with watching superhero films and superhero tv shows. This time of year I tend to get more artsy because it’s awards season and the cream of the crop for good film rises to the top (well not really but whatever). So, nominations become my regulation for what I should watch and I pretend to get intensely into the Oscar Death Race like last year. There is even a reddit page for it.

The talk has begun and I’ve started watching “Roma” on Netflix and missed the Vegas screening of “Cold War” a Polish film that will likely lose to Roma in the foreign language category. The reality is I should catch up on some of the obvious films I missed from last year, for example why haven’t I watched Get Out yet? That’s embarrassing.

The comic bug has gotten me currently. I can get great storytelling (plus beautiful art) in quick fifteen minute chunks, then I can get back to tinkering with this new being a father thing, and then go take fifteen minutes ect. Also I love taking my new babbling drooling little human to comic shops around town and to the shops in whatever new city we might be in.

Those should get you what you need to understand the sequential story telling format is beautiful and that it should be getting more respect than it does.

Aside from comics the memorization idea from above has also spread into my literature reading and Macbeth’s Tomorrow, Tomorrow, Tomorrow monologue is what I’ll start with there. Other than that the novel Ancillary Sword is sitting in my car waiting to be read and so is the continuation of the Expanse series Abaddon’s Gate.

On the literature side, I’ll be excited to read Olga Tokarczuk’s Flights and Drive Your Plow Over the Bones of the Dead.

The Scythe bug has hit our household. Last weekend my wife played for the first time inspired by the legwork she did to buy me a Christmas present. Without knowing anything about the game except that I’ve been playing with friends she went through all of its contents to figure out which expansion I hadn’t bought.

She didn’t see airships anywhere so she figured The Wind Gambit would be a good present. We played before Christmas so this weekend the wife and I (and a couple of Automas) will be playing Scythe along with airships. Some beautiful painted ones appear below. 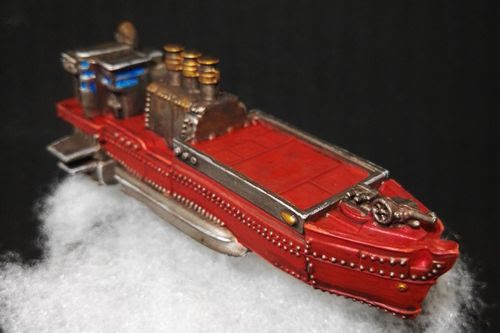 That’s it. I promise to be more consistent in 2019 and maybe even get some real writing done. Thank you for subscribing and let me know what been on your radar.

Be and and always:

Mumbo Jumbo
Somehow you decided to subscribe to this newsletter and I thank you for it. Please forward it to other interested people so we can have a newsletter party. There are Amazon affiliate links because we are all Bezos slaves, it doesn’t cost you any money to click through them and buy stuff but it helps me.

This is a widget ready area. Add some and they will appear here.